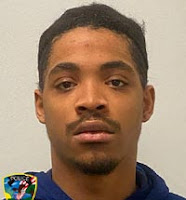 Dajon Donte Lewis, 18, of Sumpter Township has been arraigned on multiple charges in connection with a home invasion Dec. 14.

According to police accounts, the charges result from the home invasion which took place on Edgewood Drive in the Rawsonville Woods Mobile Home Community. Police said that during the break-in, the defendant produced a handgun and during an ensuing struggle, the 22-year-old resident of the home was shot through the leg.

Police said the incident was not random and that the victim and the alleged perpetrator are acquainted.

The assailant fled the scene and Lewis was later located and taken into custody in the Ypsilanti area by members of the Michigan State Police Fugitive Team, according to police reports.

Lewis was arraigned Dec. 25 in 34th District Court on one count of assault with intent to do great bodily harm less than murder, assault with a dangerous weapon (felonious assault) and two counts of felony firearm.

At last report, Lewis remained incarcerated. A court hearing on the charges was set for yesterday.