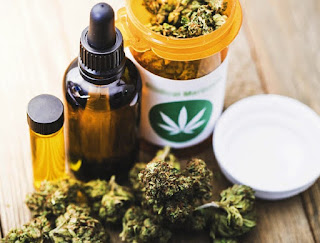 The awarding last month of the first marijuana licenses in Westland has already been challenged in court by several business owners who were not granted the conditional licenses.

One of the lawsuits, filed by attorney Anthony Bologna representing MHS Westland, resulted in the issuance of a temporary restraining order by Wayne County Circuit Court Judge John Gilllis, preventing the licensing process from proceeding. Bologna also filed a similar lawsuit on behalf of another client seeking a marijuana license in the city,  Harper Ventures, LLC.

The 5-2 vote of council members took place during the March 15 meeting and granted licenses to seven retail marijuana operations in the city. Council members determined which applicants would receive permission to proceed using a scoring system which awarded points for various aspects of the proposed businesses, including the remediation and or clean up of sites in disrepair in the city.

Bologna, on behalf of his two clients, is challenging the accuracy of the scoring system, claiming that the scoring method was flawed and that his clients deserve a more accurate accounting of their plans for the establishment they proposed.

Bologna claims in the lawsuit that the MHS Westland business was planning to demolish an existing building and construct a new store. He said that his clients deserve consideration of the reconstruction which should be included in the final scoring. He said his client was denied eight points which should have been awarded due to the asbestos and other contaminants found in the current building which would have been remediated with the new construction.

Lawsuits have also been filed by attorneys from Pollicella, PLLC and Bahoura Law, representing three other marijuana retailers who were seeking licenses in Westland. They, too, claim that the city scoring system was unfair and not compliant with state law regarding licensing marijuana sellers.

Another lawsuit, filed on behalf of three other businesses seeking licenses, made arguments that the city scoring rubric was not in line with standards as set by the Michigan Regulation and Taxation of Marihuana Act. The lawsuit claims using criteria used doesn't fall within the scope of the law.

“We have to let the legal process play itself out to see what the next steps are in the process for getting marijuana facilities open up in the city as the citizens indicated they wanted and city council has approved,” Wild said in a prepared statement.

Westland officials received 36 applications for eight licenses for marijuana sales in the city. The decisions and scoring by the members of the marijuana selection committee was appealed by 27 of the applicants. Licenses were granted to Karvol, 37435 and 37601 Cherry Hill; LJA Holdings LLC, 37570 Cherry Hill; Quality Roots on the northwest corner of Cherry Hill and Newburgh; Thanos LLC on the southwest corner of Inkster and Ann Arbor Trail; Common Citizen, 37655 Ford Road; Belal Elayan, 38400 Abruzzi and Unique Testing Solutions, 5838 Executive Dr.

The no votes on the approved licenses were cast by Councilman Peter Herzberg and Councilwoman Tasha Green who both expressed concern regarding the proximity of several of the proposed marijuana outlets.