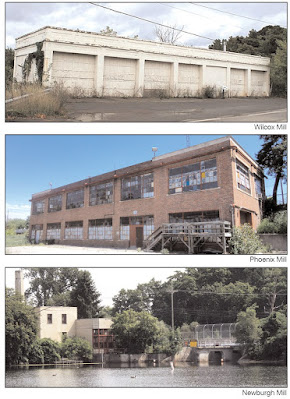 Members of the Wayne County Commission have approved the sale of the Wilcox Mill in Plymouth, again.

The original buyer, artist Tony Roko, was forced to abandon his plans for an artists' workshop and housing for his art foundation due to the economic impact of the COVID 19 pandemic. During a meeting May 20, commissioners approved a plan to negotiate the sale of the historic property to Richard Cox, a developer already involved in the remodeling and repurposing of the other two mill sites owned by the county.

Cox, through Donofrio Wil Cox, LLC, has already purchased The Phoenix Mill at 14973 Northville Road in Plymouth Township and that building has been under development. Newburgh Mill at 37401 Hines Drive in Livonia is still owned by Wayne County although Cox is negotiating a modified agreement for that site. The sale of The Wilcox Mill, located at 230 Wilcox Road in Plymouth will now be negotiated with Cox' company, county officials confirmed. Cox was the second-highest bidder for the property prior to the sale agreement between Roko and the county for the property.

The mills are historic sites, designed by famed architect Albert Kahn, and built by Henry Ford for use in auto manufacturing. The sites were eventually used for storage and then abandoned for decades and fell into disuse, prompting an effort by county officials to sell the sites.

Original plans for the Phoenix Mill included a banquet center and a restaurant although the pandemic necessitated changes to those plans, according to Greg Donofrio who works with Critical Mass, a company associated with Cox, which purchased the mill. Instead of a restaurant, the space will be leased as office accommodations for a landscape architecture firm. The banquet center remains as part of the development plans, he said.

While not the original plan, Donofrio told members of the Plymouth Township Board of Trustees at a meeting last month that the changes mitigated concerns about parking at the site.

“With the change, it resolved the parking issue, which was the biggest issue when we presented this the last time,” he said. “So we have adequate parking onsite now,” he said at the meeting. He also told the trustees that plans now included the removal of 38,000 square feet of asphalt and converting that space to landscaping and greenery, adding more trees and grass. He assured the trustees that no trees would be removed from the mill site.

The sales agreements for the three mills require Cox, through the various companies with which he is involved, to notify Wayne County if any attempt is made to sell the mill sites in the future. No purchase price for any of the three sites has been made public although an analysis presented to commissioners required developers guarantee a minimum of $1 million in rehabilitation costs at each mill.