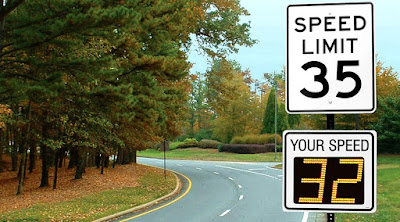 To combat the problem, grant funds were recently used to purchase an electronic speed measurement sign for police use. The problem is serious, officials said, as speed is a factor in more than 25 percent of all fatal traffic crashes, according to national statistics.

Officers said that traditional traffic enforcement in neighborhoods would be continued, and that the electronic device would be used to remind drivers of the speed they were driving and the need to obey posted speed limits.

The sign, officials said, is not equipped with cameras or license plate readers and drivers cannot be ticketed for driving past the sign at an excessive speed.

The speed sign was recently placed on Chestnut Street between Second and Third streets.  Between May 6 and May 13, a total of 839 vehicles drove past the sign in the 25 mile per hour zone. Reports indicated that 801 or 95 percent of vehicles were at the speed limit while 38 or 5 percent were at 26 miles per hour or faster. The average speed recorded by the sign was 19 miles per hour, according to reports.

Anyone with a suggestion for a location for the sign is asked to contact Sgt. Robert Amore at ramore@cityofwayne.com.