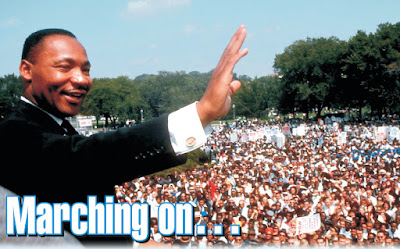 Legacy of Dr. Martin Luther King Jr. to be celebrated next Monday

On Monday, the nation will mark the 27th anniversary of the National Day of Service, established as a federal holiday to honor the life and legacy of Dr. Martin Luther King, Jr, and to encourage all Americans to volunteer to improve their communities.

Dr. King advocated nonviolent resistance to overcome injustice as a means of lifting racial oppression. He organized sit-ins, marches, and peaceful demonstrations that highlighted issues of inequality and was awarded the Nobel Peace Prize in 1964, the youngest person to ever receive the honor.

Dr. King followed in the footsteps of his grandfather and father by entering the ministry and on April 4, 1968, at the age of 39, he was assassinated in Memphis, Tennessee as he stood on the balcony of a hotel. Dr. King had traveled to Memphis to lead a march in support of striking sanitation workers.

The bill first came to a vote in the United States House of Representatives in 1979 and fell five votes short of the number needed for approval. There were two main arguments mentioned by opponents, the first that a paid holiday for federal employees would be too expensive and the second that a holiday to honor the birth of a private citizen who had never held public office would be contrary to longstanding tradition.

The effort received more publicity in 1979 when Stevie Wonder released a song called “Happy Birthday”. The song was meant to make a case for the holiday, calling out anyone who didn't support the idea. Additionally, six million signatures were collected for a petition sent to Congress to approve the holiday.

Despite opposition from North Carolina Republican Senators Jesse Helms and John Porter East, President Ronald Reagan signed a bill on Nov. 2,1983 which created the federal holiday honoring Dr. King. The bill was approved by a vote in the House of Representatives and was observed for the first time on Jan. 20, 1986. Initially, some states resisted observing the holiday and it was only officially observed in all 50 states for the first time in the year 2000.

This year, Dr. King's work will be remembered and celebrated next Monday, Jan. 17.

In the City of Romulus, the annual celebration will begin with the traditional Community March from Romulus Middle School at 37300 Wick Road to Romulus High School at 9650 Wayne Road. Shuttle service will be provided from the high school to the middle school from 7 until 7:45 a.m.

The march, a longstanding tradition in the community, will begin at 8 a.m. and be followed by a Continental Breakfast in the high school cafeteria sponsored by the Romulus Rotary Club. At 10 a.m., the Martin Luther King celebration ceremony will begin in the high school auditorium. Keynote speaker this year is Nelson A. Henry, the interim executive director of instruction for Romulus Community Schools.

The City of Westland will also honor Dr. King with a Remembrance Walk beginning at 9 a.m. on Monday.

The walk will begin at Westland City Hall, weather permitting, and will symbolize all those individuals who marched with Dr. King more than 50 years ago to support the quest for racial equality in America.

Following the walk, a ceremony is planned for 10 a.m. at Westland City Hall. Wayne County Sheriff Raphael Washington will deliver the keynote address. Mayor William R. Wild will speak as will several other state and local elected officials.