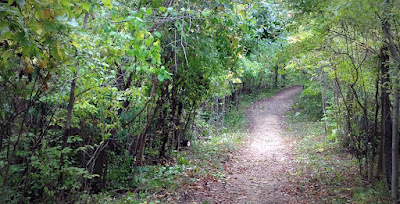 Members of the Legacy Park Development sub-committee in Northville Township are seeking public input into amenities at the site.

The 332-acre park, formerly known as the Seven Mile Property, was the former site of the state psychiatric hospital. Northville Township recently secured funding to proceed with the demolition of most of the remaining 11 hospital buildings on site.

The demolition work is scheduled to begin next spring with completion anticipated later in the year, officials said, and will allow the township to safely open the site to residents. One of the first steps in opening the site to the public will be to implement hiking, walking and biking trails.

Anyone with an interest in the development of the trails system within Legacy Park, is invited to share ideas through an online survey, available through Jan. 16. This survey springboards off discussions from the Seven Mile Road Park Master Plan adopted in 2012, which specified trails as an integral part of the park plans. The Master Plan is a road map for a 30-50 year process of phased development, and surveys like this will be used to update the plan, officials said.