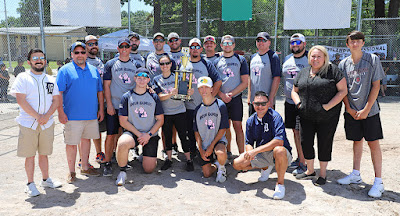 Members of the Westland Police Department softball team put out the flames of rival players on the Westland Fire Department during the annual “Battle of the Badges” Charity Softball Game and Homerun Derby last weekend.

Police “Bacon Boomers,” snuck by with a win over fire department “Too Hot to Handle” players during the home run derby.

The winners were determined by the last play of the game, with the “Bacon Boomers” executing a perfect relay throw from the outfield to throw out the potential game tying run at the plate that wasn't “Too Hot to Handle” to end the game 14-13. 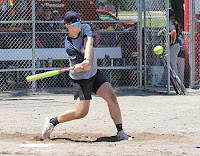 The “Bacon Boomers” weren't the only winners of the game, the WYAA Baseball received proceeds from the game, which came from food and beverage sales and a healthy 50/50 drawing during which the winner took only a portion of the money and donated the remainder.

Both departments brought emergency vehicles for the young visitors to enjoy and provided demonstrations from both the fire and police squads. 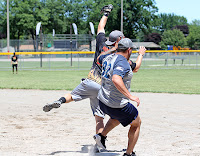