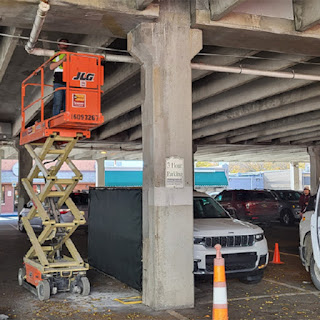 Construction on the Central Parking Deck pedestrian bridge and drainage system  is under way at the parking deck in downtown Plymouth. Areas that were closed for work on the drainage system are expected to reopen during the next week.  Due to supply chain issues, however, and delays in the fabrication process, the eastern stairwell will not reopen until sometime this winter. Crews were scheduled to remove the old stairwell last week, but replacement is not likely until sometime in January. All other portions of the project except the stairwell are expected to be completed by mid-November. 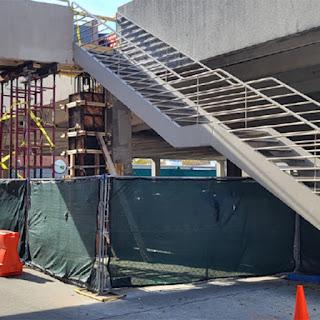