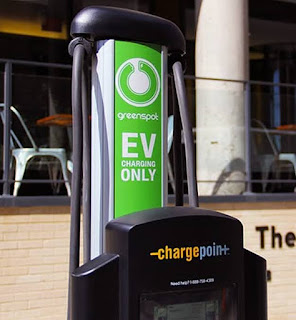 Drivers can now get a charge in Westland.

Four level 2 electric vehicle charging stations will be installed on city-owned property for public use following approval of a contract with Greenspot by members of the city council during the April 5 meeting.

Greenspot, an award-winning leader in electric vehicle charging station development, installation and management, based out of Jersey City, NJ.  has been developing e-Mobility Hubs in cities and private developments throughout the United States and Internationally since 2014, according to the company website.

The contract is among efforts outlined in the 2017 Westland Master Plan, which identified advancing green practices as one of the primary goals for the future. Along with that goal, as well as the city Mission: Green initiative, members of the community expressed the desire for a practical plan to replace carbon-based fuel consumption.

Under this new agreement, Greenspot will install, own and maintain the four charging stations and will  engage DTE directly to install independent meters for electric usage at each site location. Greenspot  will be responsible for all costs.

“In addition to being a no-cost initiative for the city, Westland will also receive 5 percent of the annual revenues generated from this program,” commented Mayor William R. Wild.

“This additional revenue can be used to help offset other Citywide Mission:Green initiatives.”

The City of Westland will also look to adopt an electric vehicle ordinance to encourage developers to include charging stations to further promote de-carbonization, officials said.