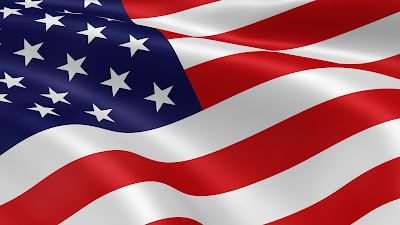 Next Monday will be the national celebration of Memorial Day, a day of remembrance and honor for those who have died in service of our country.

While many celebrate the day, few are aware of the significance and history of the event which began as Decoration Day in the 1860s to honor soldiers who died in the Civil War. That war, which ended in the spring of 1865, claimed more lives than any conflict in U.S. history and required the establishment of the first national cemeteries in the country.

Memorial Day was originally celebrated on May 30 but in 1968, Congress approved the Uniform Monday Holiday Act, establishing the holiday would always fall on the last Monday in May.

Despite the effects of the COVID 19 pandemic, many local communities are attempting to celebrate the holiday this year.

Memorial Day is traditionally celebrated by visiting cemeteries or memorials, enjoying family gatherings and watching or participating in patriotic parades.

Unofficially, the holiday marks the beginning of the summer season. Technically, the first day of summer is marked by the June Solstice, which falls on June 20 or 21 every year.

Each year on Memorial Day a national moment of remembrance takes place at 3 p.m. local time. It is unclear where exactly this tradition originated; numerous different communities may have independently initiated the memorial gatherings.

In December 2000, Congress approved a law that "requires" Americans to pause at 3 p.m. on Memorial Day and take a moment of silence to honor the fallen.

The time was designated as the National Moment of Remembrance and serves as an act of national unity in remembering all of the men and women who have given their lives in service of the United States.The time was chosen because that is when most Americans are enjoying their freedoms during the holiday.

A Gallup poll released on March 26, 2000 revealed that, for the most part, a solid majority of Americans got the general concept of what Memorial Day was about, but only 28 percent knew, with confidence, the exact meaning of the holiday.

What likely caught lawmakers' attention, however, was how Americans spend their time on Memorial Day. President Bill Clinton signed into law the National Moment of Remembrance so that all Americans were encouraged to take a moment to remember what Memorial Day is truly about.

For those who enjoy watching baseball on Memorial Day, every Major League Baseball game halts in recognition of the National Moment of Remembrance. Other participants include Amtrak, NASCAR, NASA, the Statue of Liberty, the Liberty Bell, and hundreds more.

In Canton Township the Honor Guard of the Canton Fire Department will be hosting a Memorial Day service at 10 a.m. Monday, May 31 at the Veteran's Memorial Center located in Heritage Park directly behind the Canton Administration Building, 1150 S. Canton Center Road, in Canton.

There will be a ceremonial wreath posting at the 1st Battalion 24th Marine Division Memorial by the Canton Fire Honor Guard.

A roll call will also take place for the "Fallen 22" Marines that were deployed for duty in 2006-07 to Iraq and made the ultimate sacrifice.

The public is invited to attend this memorial service honoring the Marines and all service members who put our great nation before their own lives.

Again this year, the Lions Club of Plymouth, in cooperation with the City of Plymouth, will mark the Memorial Day holiday with procession residents can view from the comfort of their own neighborhoods.

Veterans will proceed throughout the city in vehicles and residents along the route are invited to use their creativity to decorate their homes and yards.

The procession will begin at 10 a.m. on May 31 at the Plymouth Cultural Center, 525 Farmer.  After a short program at Veterans Park, the procession will continue.  To estimate when it will arrive in a specific neighborhood, tune into 88.1 The Park on FM radio for live coverage.

The route map may be viewed at https://plymouthmi.gov.

Plymouth Township will also be marking the holiday with a Memorial Day service at noon on Monday, May 31 at the Wayne County First Responders Memorial, located on Haggerty Road at Hines Drive.

The township and local officials will be honoring fallen service members and first responders.

The event is open to the public.

There will be a Memorial Day parade in Westland to celebrate and remember veterans of all armed services.

According to Vic Barra who is organizing the event, the parade is a tribute to "the men and women who have made the ultimate sacrifice for our freedom, while we continue to honor the many veterans who have courageously served our country. We gather to support and applaud their service to our nation and community."

The parade will start at 1 p.m. on Sunday, May 30 beginning  at John Glenn High School in Westland; travel west on Marquette Road to Carlson; head north on Carlson to the Westland William P. Faust Public Library. The march will end at the Veteran's Memorial Garden in Westland.

A small ceremony will take place at the Veteran's Memorial Garden, located behind the Westland Public Library at 6123 Central City Parkway. The remembrance ceremony at the end of the parade will feature guest speakers and a 21 gun salute among other tributes to those fallen men and women who sacrificed their lives in our names, Barra said.

Any organization interested in participating in the parade should fill out the online participation request form on the City of Westland website. For information, or to register by phone, call Barra at (734) 793-9309.