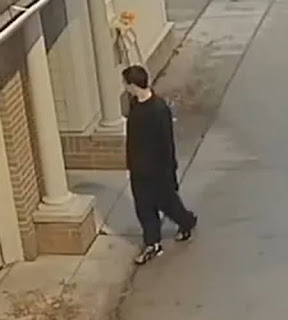 Plymouth police have identified and charged a 15-year-old in an attempted sexual assault in downtown Plymouth.

Police reported that surveillance cameras showed that at about 7 p.m. Oct. 30, a male suspect entered the women's lavatory near The Gathering. When a woman entered the building about 20 minutes later, she used a second, unlocked stall in the facility. As she exited the stall, she was attacked, according to police reports, and the assailant attempted to sexually assault her. She fought the attacker off and he fled from the building heading toward Kellogg Park and then toward Union Street.

Police said the victim was physically unharmed in the incident.

The assailant was described as a white male with short brown hair, about 15 to 20 years old. He is about 5-feet, seven-inches to 5-feet, 10 inches tall weighing about 120 to 140 pounds. He was wearing a black jacket or sweatshirt with long sleeves, dark-colored sweat or jogging pants and black and white tennis shoes. Police declined to say what led to the arrest or how the teen was located but did say he was not from Plymouth.