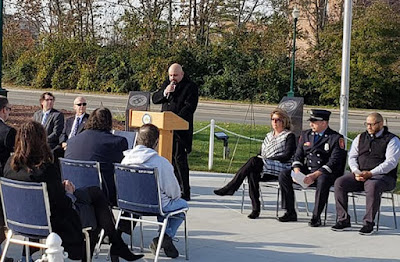 The Veterans Memorial next to Wayne City Hall was the site of a Veterans' Day ceremony last Thursday, Nov. 11.

Wylie, a veteran, delivered the keynote address to the large audience who turned out for the first-ever such ceremony at the Wayne memorial.

Wylie's parents were among those who attended the ceremony.