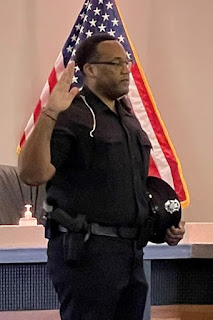 Lawson joins the department after eight years with the Wayne County Sheriff's Office, where he was a member of the Tether Unit and the Wayne County Sheriff's Honor Guard. He also is an expert on crisis intervention and has trained law enforcement members from around the state as a member of the Detroit Wayne integrated Health Network. Lawson earned his bachelor's degree from Eastern Michigan University where he studied Interracial Communication and Law, as well as Politics in African American Culture.