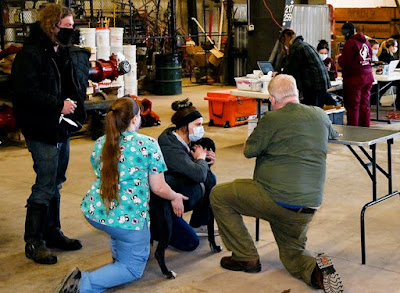 Dr. John Herman, DVM, left, and Romulus City Councilman William Wadsworth were on hand at the recent animal vaccination clinic and city licensing event which took place at the Romulus DPW building.  More than 125 pets were inoculated at the Feb. 27 event and a portion of the vaccination and testing fees were donated by Herman to help fund the city shelter. This was the 10th year for the event, which Wadsworth said was a great success. “People really appreciate it,” he noted. The Romulus Animal Shelter is located at 12300 Wayne Road. For information about adopting a pet, call (734) 942-7591. Photos by Roger Kadau 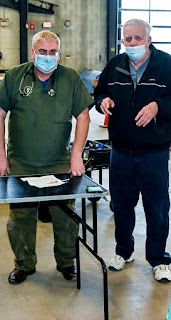 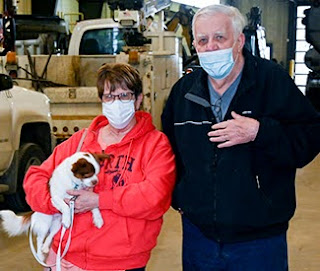