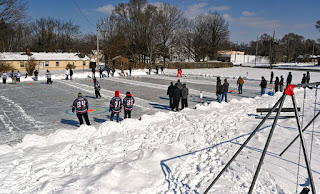 The fourth annual Curling Royale tournament in Romulus brought out several four-person teams to participate in the charity event.

This year, the event earned $2,300 for the Great Lakes Burn Camp for Kids. First place honors for the day went to Team Newman who defeated the rest of the hopefuls with their sweeping skills during the Feb. 20 event.

Curling is a sport in which players slide stones on a sheet of ice toward a target area which is segmented into four concentric circles. It is related to shuffleboard. Two teams, each with four players, take turns sliding heavy, polished granite stones, also called rocks, across the ice curling sheet toward the house, a circular target marked on the ice. 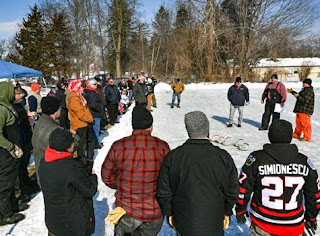 The purpose is to accumulate the highest score for a game; points are scored for the stones resting closest to the centre of the house at the conclusion of each end, which is completed when both teams have thrown all of their stones. A game usually consists of eight or 10 ends.

Organized again this year by Romulus Director of Public Services Robert McCraight, the below freezing temperatures only inspired the “curlers.” 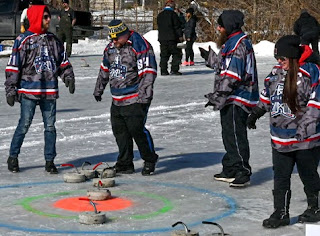 McCraight said it was a beautiful day on a perfect ice rink at Mary Ann Banks Park on Goddard Road.

McCraight also said he wanted to thank all the participants and those who helped organize the event including Kevin Krause, Jimmy Crova and Melissa Bellamy Crova, Michael Laskaska, Jerry Frayer of the Romulus Fire Department, Jennifer Frayer, Jerry Fredrick and the DPW crew, Suzie Que “and of course them Leonard girls.” 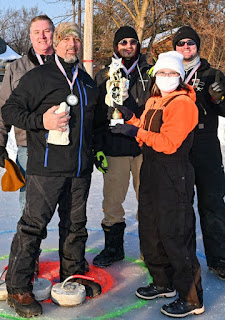 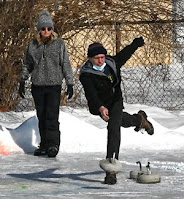 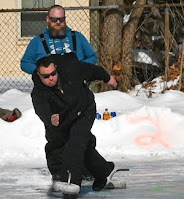 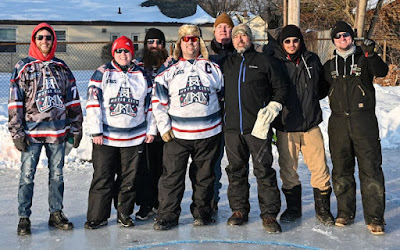