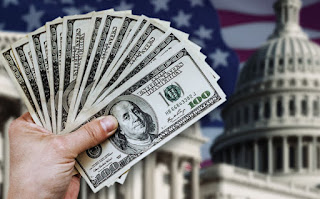 Like area taxpayers watching their bank balances for the promised $1,400 stimulus checks, many local communities are anticipating the arrival of a share of the $4.4 billion in federal fiscal recovery aid allocated to Michigan.

Federal reports released last week listed a total of $130.2 billion earmarked for distribution to local municipalities, in addition to the payments to individual taxpayers. Payments of more than $1.78 billion will be distributed to municipalities including Wayne County and local cities and townships directly from the U.S. Treasury.

The allocations were determined by Community Development Block Grant (CBDG) formula and the first half of the funds are scheduled to be distributed within 60 days after the U.S. Treasurer receives the required certification signed by the chief fiscal officer of the community. The second half of the local funds will be allocated one year later.

Local communities will receive a wide-variance in the amounts allocated from the federal relief funds. The City of Belleville is scheduled to receive $384,685 while Canton Township is listed in federal documents as eligible of $9,119,098. The City of Inkster is slated to receive $2,397,765 39 while Northville is listed as qualifying to receive $323,961 and $264.323. The federal chart did not identify which amount was for the city and which for Northville Township. The City of Plymouth was allocated $903,852, but the federal documents did not list an amount for Plymouth Township.

The City of Wayne is listed in the federal documents as eligible for $1,660,188 in federal relief funds while the City of Westland was listed at eligible for the highest amount among the local area communities with a total of $27,879,708.

An additional $686 million will be set aside for all other general-purpose governments that are not counties or metropolitan cities.

Local governments have a great deal of latitude in using the stimulus relief funds including paying costs like hazard pay or other wages incurred during the pandemic or to replace revenue lost due to the health restrictions of the virus. The stimulus funding is designed, officials said, to mitigate the negative economic impacts sustained by local government units as result of the COVID-19 public health emergency. Funds can also be used for water, sewer and broadband infrastructure but cannot be used to support tax cuts or shore up pension deficits. Local governments will be required to provide a detailed accounting of how the funds were used and they must be spent by the end of 2024, according to a prepared statement from the U.S. Treasury Department.