Canton Leisure Services Deputy Director Jon LaFever was recently honored with the mParks 2021 Recreation Leadership Award that recognizes outstanding contributions in the area of leadership and recreation programming and seeks to inspire other parks and recreation professionals to achieve excellence throughout Michigan.

This prestigious award was presented to LaFever during the 2021 Virtual mParks Conference and Trade Show, which took place online last month. mParks, formerly known as the Michigan Recreation and Park Association, honors exemplary park and recreation professionals and citizen advocates across the state during the annual awards ceremony. Recipients of the Recreation Leadership Award embody the core values of their profession, demonstrate the highest level of performance in their job duties, and maintain a tremendous commitment to mParks and its membership, according to a spokesperson.  In addition, this award is the result of peer nomination from within the state community of parks and recreation agencies. 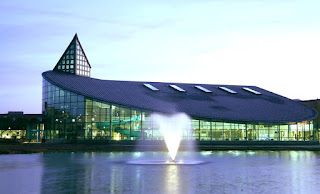 “Jon represents the very best in a parks and recreation professional,” said Greg Hohenberger, Canton Leisure Services director. “His humble approach and great leadership have earned him the respect and admiration of his peers and all of those he has served. Jon is quick to show initiative and is passionate about helping others. His numerous abilities, dedication, and giving nature, as well as his many contributions to statewide parks and recreation initiatives, significantly contribute to the ongoing success of our department. He truly epitomizes what the mParks Recreation Leadership Award is all about.”

Since 2001, LaFever has worked in a variety of parks and recreation capacities with Canton Leisure Services. As deputy director, he coordinates operations at several Canton Leisure Services facilities. LaFever also assists in recreation project administration, budget oversight, and helping to manage department personnel. Canton Leisure Services staff includes approximately 55 full-time employees, as well as more than 300 part-time and seasonal employees. In addition, LaFever and his staff are responsible for the planning and execution of Leisure Services large-scale special events. A member of mParks since 2001, LaFever has most recently served as president of this state-wide advocacy organization and has been a frequent presenter at annual mParks conference and trade shows.  In addition, LaFever has served on numerous mParks committees and was recognized as the New Professional of the Year in 2006. LaFever is also a Certified Park and Recreation Professional, overseen by the National Certification Board and the National Recreation and Park Association.