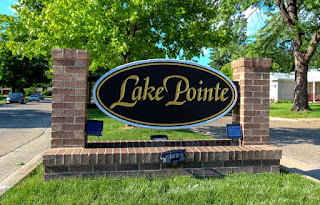 Police detectives reported four vehicles were ransacked between 3 and 4 a.m. March 10. The vehicles were parked in front of homes on both Farmbrook Drive and Crabtree Lane in the subdivision.

Police Sgt. Mark Hoffman said the investigation continues as officers review security camera footage supplied by homeowners to identify the suspects. According to Hoffman, the suspects went about prowling and searching for valuables in the early morning hours - finding unlocked and unattended vehicles in the subdivision driveways.

Many times auto burglary thefts are crimes of opportunity when owners leave a purse, cell phone or another high-value item in a highly visible area of their unlocked car, police said. They cautioned residents to lock car doors and not to become an easy target by leaving valuables in an unattended vehicle.

Hoffman said there were no signs of forced entry to the four cars.

If convicted of a larceny from auto offense, depending on the value of the property, individuals could face felony charges punishable by imprisonment for not more than 5 years or a fine not more than $10,000, or both.

Police have asked anyone with information about the identity of the suspects to contact them at (734) 354-3234.