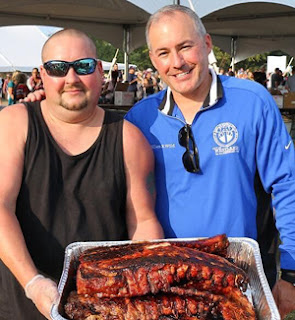 Westland officials are already making plans for one of the most anticipated and popular events in the community.

Blues, Brews & Barbecue will return Aug. 5 and Aug. 6, officials said, with live music, fireworks and the drone light show. Top barbecue pitmasters have already signed on for the event, they said, and there will be several craft brews available at the event.

The event will take place at the Thomas H. Brown Central City Park, and will also feature Country Night on Friday with performances by Corey Dakota, Whiskey Fixx, and Levi Bootcut and The Straight Legs. Saturday night will feature the blues with Big Smooth and The Hellraisers, the Chris Canas Band and headliner, Queen of The Blues Thornetta Davis.

“Each year, Blues, Brews and Barbeque gets better than the year before and this year will be no different. From the music and food, to time spent with family, Blues, Brews and Barbecue is always a major event for not only for the All American City, but neighboring cities as well,” said Mayor William R. Wild.