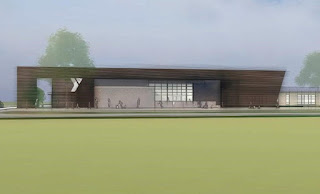 Members of the Westland City Council have allocated $8 million to fund a new city community center.

Council members voted unanimously to use funding from the second American Rescue Plan Act allocation of $12,966,016 Westland received for the development of a new community center at the former Marshall school site in the city.

City officials have been working with representatives from the YMCA of Metropolitan Detroit and the Wayne Metro Community Action Agency on plans to renovate the vacant 143,000 square foot building.

“The council has been working diligently with the administration to strategically allocate the funding and plans for this unique project,” said Westland City Council President James Hart. “All of the councilmembers have received input and great excitement for the Marshall project from the residents, and that is reflected in this proposal to move forward on this transformational opportunity for our community.”

During a council study session earlier this month to discuss the project, Wayne County Business Development Manager Dave Schreiber explained the county process and requirements for requesting county American Recovery Plan Act funds, which include a commitment of funds from the local municipality. The Michigan Economic Development Corporation (MEDC) has allocated $500,000 toward the project and requests have been made for an additional allocation of $3.5 million from   Congressional representatives Gary Peters and Rashida Tlaib.

“Through market studies and public engagement sessions, our residents have indicated a strong desire for increased recreational opportunities as well as a desire to revision the former Marshall school,” Wild said. “This allocation will continue to explore partnerships and conduct our necessary due diligence to determine the building's potential.”

Wild said the goal was to execute a purchase agreement with the Wayne Westland Community Schools by the end of this year.