Mr. Dillard, a resident of Canton Township, began his career of service in 1945 when he was first drafted during World War II. He was selected to serve as company clerk and began to work his way through the ranks. In 1965, Mr. Dillard graduated from the National War College, becoming the first black officer to do so. Throughout Mr. Dillard's distinguished service career, he held various esteemed positions and received nine military awards and two civilian medals, including the Distinguished Service Medal, the Silver Star, the Purple Heart, and the Combat Infantryman's Badge with Star, according to official army documents.

Mr. Dillard retired in 1980 from military service as a major general after 34 years of service and remained a Canton resident until his death. 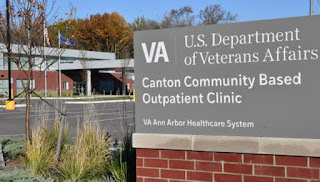 “Major General Dillard was an extraordinary American who led an admirable life of service. There are so many reasons to celebrate Mr. Dillard, from the glass ceilings he shattered to the way he courageously served his country for 34 years,” said Stevens (MI-11). “It was an honor to tour what will be named the 'Major General Oliver W. Dillard VA Outpatient Clinic' alongside the family that he did an incredible job of raising, and I am thrilled that soon, Michiganders everywhere will know Major General Oliver W. Dillard's name and legacy.”

Dingell was also impressed with the facility and with Mr. Dillard's career of service.

“Major General Oliver W. Dillard was a trailblazer who dedicated his life to serving our country,” said Dingell (MI-12). 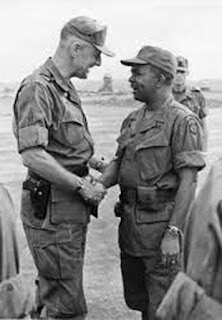 “It was an honor to join the Dillard family to tour the VA Community Based Outpatient Clinic in Canton, which will bring much needed care for veterans closer to where they live with the goal of serving patients from both Ann Arbor and Detroit's VA facilities. We were asked by veterans across Southeast Michigan to name the Canton clinic in honor of Major General Dillard, and I'm proud to support Congresswoman Stevens in making this wish a reality. Naming the Canton clinic after Major General Dillard means his story and life will continue to inspire for generations to come. We will work with the entire Michigan delegation to try to get this done in time for the official ribbon cutting ceremony later this year.”

“The DAV Department of Michigan believes naming the Canton Outpatient Clinic in honor of Major General Dillard is a fitting tribute to his dedication to duty and selfless sacrifices over a lifetime of service to our country,” said Paul Kaiser, adjutant, Disabled American Veterans Department of Michigan. “Major General Dillard is not only an inspiration to all of us who have served, but also to generations of future veterans that will answer our nation's call.”

“Major General Oliver W. Dillard Senior's 34 years of exemplary service to our nation cannot be understated, and the renaming of this facility is a small step towards recognizing his incredible service to our nation,” said Kevin A. Conklin, State Commander, and Derek Blumke, State Adjutant & Quartermaster, Veterans of Foreign Wars Department of Michigan. “Through the renaming of this facility, our nation can begin to express its gratitude for all he represented, for his accomplishments during his service, and in breaking down barriers for African American service members.”

Appointments are currently being accepted for veterans seeking medical services at the facility.