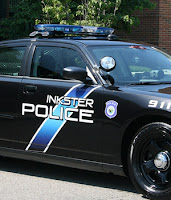 An Inkster man is facing first-degree murder charges in the stabbing death of a man and the victim's dog.

According to the prosecutor, Inkster police officers were dispatched at about 9:17 p.m. May 14 to a residence in the 30050 block of Annapolis Circle in response to a reported stabbing. Upon their arrival, officers located the victim in the kitchen with a kitchen knife in his upper left abdomen. Medics arrived on scene and pronounced the victim deceased.

Barnes was charged May 28 with one count of premeditated first-degree murder. He was arraigned June 1 in 22nd District Court and remanded to jail where he remains incarcerated, according to official reports.