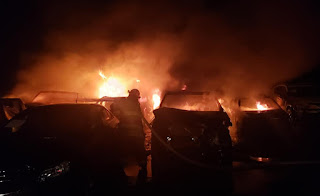 Sumpter Township Firefighters responded to a fire at 2:35 a.m. June 15 at Insurance Auto Auction following 911 reports of a blaze near the rear of the building. When firefighters arrived on the scene, officials said, as many as 14 vehicles were fully involved in flames. Firefighters from the Augusta Township Fire Department arrived to aid in controlling the blaze and provided both water and personnel in the battle to extinguish the fire. Personnel from Insurance Auto Auction used the company heavy equipment to create a fire break, fire officials said, and firefighters managed to extinguish the fire in approximately three hours. 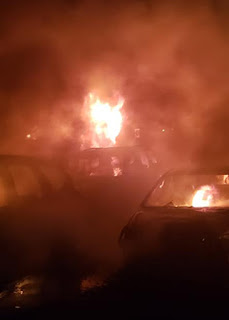 No injuries were reported according to officials reports. Officials said that the teamwork and serious effort of the responders prevented what could have been a “greater disaster.” 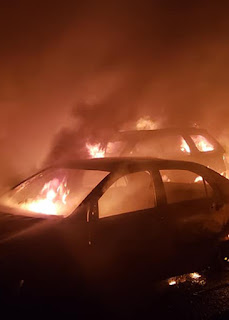