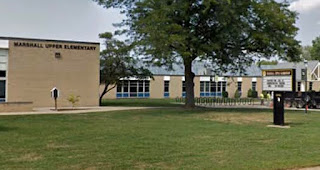 It's sort of an early back to school event for Westland residents.

City officials are hoping the public will visit Marshall Upper Elementary School from 9 a.m. until noon this Saturday, July 24, to take a look at what may become a new community recreation center.

The 120,000 square-foot building, now owned by the Wayne Westland Community Schools district, was closed last year and is slated for demolition, officials said. In February, however, members of the city council approved an agreement with the school district for a potential purchase of the site, following due diligence. Since then, the city has been exploring a potential partnership with the Detroit Metro YMCA to provide services at the building, if it is determined to be suitable.

Officials said the building offers ample space, including two gymnasiums, a track, baseball and football fields, tennis facilities and band rooms. The structure, which would have to be repurposed, could provide adequate space for many programmable community assets, they added.

Officials are hoping for public input into the project and will host a second open house at the former school from 9 a.m. until noon Saturday, July 31.

The school building is located at 35100 Bayview St. in Westland. Those who attend can explore the building during self-guided tours and members of the administration will be in attendance to discuss the potential re-use of the building assets, according to a statement from the city.

“Our team has a lot of great ideas and significant past success with retrofitting vacant space,” commented Mayor William R. Wild. “The possibilities are endless and we are excited to hear from the residents on how they envision the site and what they'd like to see added to our recreational amenities.”