A solution to the safety hazard posed by high weeds and grass interfering with traffic intersection visibility and obscuring fire hydrants was discussed by members of the Sumpter Township Board of Trustees during their most recent study session.

Trustees agreed that the situation is a “safety issue” in the township.

Trustee Tim Rush noted that the township was receiving no help from Wayne County in cutting the growth as county departments are currently understaffed.

Trustee Don LaPorte reminded the members of the board that there are currently 1,300 fire hydrants in the city and that the fire department needs to know exactly where each of them is located. He said that Van Buren Township was having the same situation according to Supervisor Kevin McNamara and there was little or no prospect of any shared services with Van Buren.

He explained that by the time city employees cleaned the growth around all the hydrants, “it was time to start over again.” LaPorte said that the community needs a management plan for grass cutting around the hydrants and to ensure there is enough manpower to perform the job. He said he did not feel that the township now has an accurate prospectus of the working hours the job would take.

“We need to understand the totality of what needs done,” he said. “We need to know how much work it is.”

Township Supervisor Tim Bowman suggested that the township explore the possibility of purchasing a tractor to perform the growth clearing from the hydrants and at some roadway intersections where visibility is reduced by the high weeds.

Trustee Matt Oddy agreed and noted that some areas and hydrants in the township need cleared once a season and others, in different locations, need work several times. He suggested that the township advertise a phone number on local cable channel 12 so residents can call the water department and note the areas of concern.

Bowman agreed and inquired about the possible use of chemical control of growth around the hydrants.

Oddy responded that the township had previously used a chemical growth inhibitor and “we got lambasted by citizens claiming the application was toxic. There was a real negative connotation,” he said.

LaPorte, who acts as the township liaison to the fire department, explained that when the department finds one fire hydrant, they “usually know about where the next one is.”

Bowman said he was also concerned about the current lack of accurate reporting from the water department and that officials need a day-by-day schedule and “accurate reports” of the work being done on a daily basis. He again suggested that the township needed to purchase equipment to perform the maintenance.

“Making decisions would be a lot easier if the equipment is in our possession,” he said. 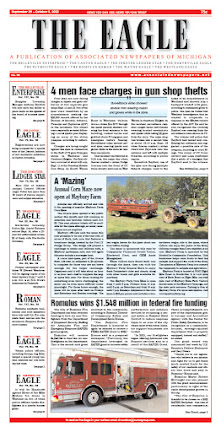