Nobody said it would be easy, but for more than 30 participants in the Western Wayne County Regional Behavioral Treatment Court (RBTC), graduating was worth the effort. 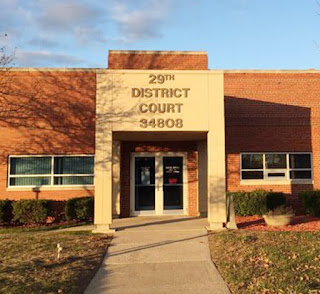 Judge Breeda O'Leary of the 29th District Court in Wayne presided at a virtual graduation ceremony last month honoring the graduates of the program.

The students completed the program started by former 29th District Court Judge Laura Mack and many were excited to attend and share their thoughts about life after successfully graduating. One graduate, Lance Kennard, explained that he had been involved with the court system previously, but that this program was different, mainly because he was treated as an equal and with respect; he said he truly felt that the RBTC programs team members were his support system and cared deeply about his success.

Mack said she recognized the need for mental health services among those coming before her in the courtroom and established the RBTC program in 2013. The mission of the RBTC is to compassionately provide appropriate services and monitoring of adult defendants who suffer from serious mental illnesses, developmental disabilities and/or co-occurring disorders, who are convicted of misdemeanor crimes in Western Wayne County. The program is an effort to reduce the burdens on the criminal justice system, reduce the costs of mental health treatment and improve the quality of the participants' lives. O'Leary, who replaced retired Mack in June of 2020, said she is committed to continuing the RBTC program.

Guest speaker at the graduation was Harold Leffal, who told the graduates of the hardships he faced as a low-income child with a father addicted to heroin. He emphasized that everyone is capable of moving on and facing life's challenges as well as reminding the graduates and current participants that they have the strength to live a stable and happy life.

Among those in attendance to show support for the graduates were Wayne County Sheriff Raphael Washington, City of Wayne Chief of Police Ryan Strong, members of the Wayne City Council: Mayor Pro Tem Tom Porter and Councilwoman Kelly Skiff, as well as several probation officers from surrounding district courts within Western Wayne County.

Each graduate was honored individually and had an opportunity to address the attendees and court.

One graduate explained his numerous struggles in the criminal justice system and his addiction to alcohol, even stating that he thought his fate was to die until he found structure within the RBTC program.

Another graduate sent an email after the ceremony to express her gratitude for the program.

“I want to say thank you. I now have a two-bedroom house, I have a car, I have a job. This program made me see life differently, made me want to do better not just for myself but more for my daughter. I have to set an example for her to do right in life and you don't need substances to get through things when life gets tough. I work delivering pizzas, it pays good money, just last night I  made over $200 in tips. I'm starting to save money to buy a house for me and my daughter. You show you care for us, I have my life sort of together because of this program and I know my mom would be proud of me. Thank you so much,” her email said.