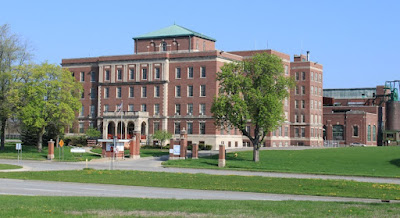 Plans to invest more than $12 million into the historic Wayne County General Hospital in Westland moved a step forward earlier this month when members of the city council approved Brownfield redevelopment tax credits for the site.

Developer John Hambrick paid Wayne County $1 for the so-called Eloise property in 2018 and has been in the planning stages since then. The total tax credits could reach $5.4 million although officials said the total will be about $2.7 million due to the maximum duration of 30 years and the structure of the agreement.

Work on the buildings is expected to take several years, according to current plans submitted to the city, and could open in 2026. Several unsalvageable buildings such as the former bakery and power plant will be removed from the property. At one time, the site on Michigan Avenue between Henry Ruff and Merriman roads, was completely self-sustaining providing food from farming on the property, the bakery, power plant, laundry and even a fire and police force of sorts. Many of the buildings date from 1839 when the site housed the indigent prior to renovation into a psychiatric hospital. The hospital closed in 1984 and the buildings were used for some county offices until 2016.

Hambrick intends to take advantage of the history of the buildings which have been the site of multiple paranormal claims and investigations along with a horror movie released in 2017. He said the Kay Beard Building will be renovated and one of the first attractions will be “haunted” and he plans to have escape rooms and a café in the former fire station. He said he hopes to construct a “ghost bar and restaurant” at the site and will have space available for rentals to the public. He said the site will eventually have a hotel to capitalize on the history of the buildings.

Hambrick said he expects to employ from 50 to 100 people and perhaps more during the Halloween season, in addition to the construction jobs during renovations.