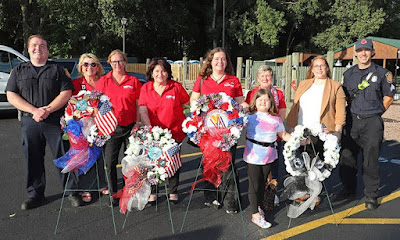 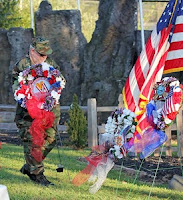 During National POW / MIA Recognition Day, which occurs annually on the third Friday in September, the VFW 9885 BOVA Post, hosted a special ceremony to honor those military veterans who were prisoners of war and those who are still missing in action. The event took place on the post grounds on North Hix Road in Westland and the public was invited to participate. The theme of the memorial was "You Are Not Forgotten" and the event was attended by a large crowd, officials said.
Posted by The Eagle at 12:00 AM